Back in February of 2011, I posted Riddle me this! Where can French, Italians, and Germans all agree? focusing on how a collection of early Windows Phone developers were leveraging analytics; the 10 apps included games, media apps, and a foodie app that paired food and wine by VinoMatch. In this last example, our analytics tracked user behaviors (which foods users chose) and which wines they selected during the pairing. 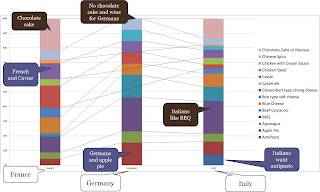 I was surprised to learn a) Italian interest in pairing wine with BBQ and b) the implied potential to market Zinfandel to Italians as an American wine for BBQ (because Zinfandel was bred from a cheap table-variety Italian grape, Italians have typically been a hard sell).

So… imagine my surprise now in 2013, as I see a series of targeted marketing campaigns with exactly this message (from multiple wineries). I wonder how many hundreds of thousands of dollars in market research these guys spent when all they had to do was instrument an app?!
Cin Cin!